Character Controls refers to how Tree of Savior (TOS) game is played by a player. Many MMORPG requires the use of a mouse for almost all controls, however for TOS, the developers has decided to use the keyboard as the main controls of the character. Mouse is only used for engaging with NPC.

Gamepad support is still in testing phase and has not been finalized. While there's no official gamepad support yet, the game's developers mentioned the possibility of implementing it later on. However, using third party applications such as Joy2Key or Xpadder, you can bind the keyboard to your gamepad. A Xbox360 or DualShock controller will allow you to bind all basic keys as well as 16 of the 20 possible action bar hotkeys. 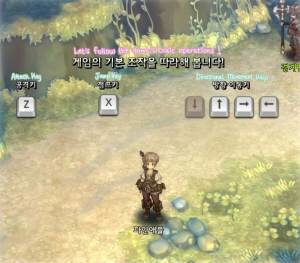 Basic keyboard movement and attack controls are below. Because characters can jump, it is possible to jump onto roofs, high grounds, towers and other areas to look for treasure chests.

The developers made it easier than ever to pick up items in Tree of Savior game. Item pick up is as easy as walking over the items. The character acts like a magnet to attract all the items to your character's inventory. Click on the Youtube Video to see it in action. 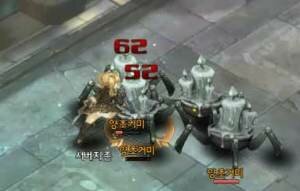 Like Ragnarok Online, the interface of Tree of Savior is split into tiles as shown in skill controls section below.

Using a close range melee character, the range the character attack is only one tile around the player. Monsters are also able to stack on the same tile.

When attacking monsters, it is possible to deal indirect splash damage on enemies that are stacked on the same tile.

When attacking monsters, the automatic target feature will target the monster that is closest to the player from his eye point. If players want to target the monster further away, he can press Shift + Cursor key to perform manual targeting.

It is also possible to move while performing basic attacks using Archer class. However the damage will be affected depending on the distance between the player and the monster.

Using the “C” key, players can activate the equipped sub-weapon. Enabling the character to 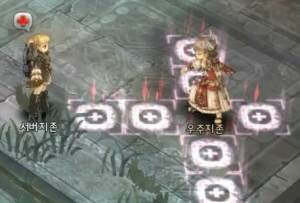 Additionally, certain skills have special control interfaces. For example, some area of effect skills can be targeted on the ground by holding the skill's hotkey and pressing arrow keys; movement is suspended during this time, however. Another example is that some skills require multiple key presses, and in this case, the corresponding key from the action bar will pop up on the screen.