You are here: Tree of Savior Overview » In-Game Mechanics » Player versus player (PvP) 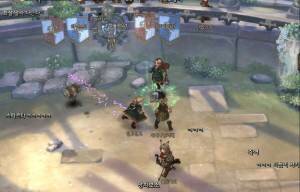 Player Versus Player (PvP) is a feature that allows interactive conflicts between players in the Tree of Savior Game. At the moment, IMC Games do not have plans to create a PvP environment where players can PK anytime they want on the fields. Players can engage in PvP activities in PvP Tournaments.

Tournaments are PvP events held periodically for single mode or party mode. Other players can also join the Tournament as spectators and can comment on the Tournament.

The winner of the Tournament will carry a trophy until the next tournament.

The developers has also explained that they are preparing a large scale PvP, so we can expect something of a Guild vs Guild feature later in the future.