Ranking System is an interface to see an overview of achievements of all players in the server. The developers wanted players in Tree of Savior to have the freedom to complete quests or venture out into the open world on their own. There is not a specific guide on how to play the game, but there is a ranking chart for every aspect of the game.

There are five types of ranking charts implemented so far in Tree of Savior Game: 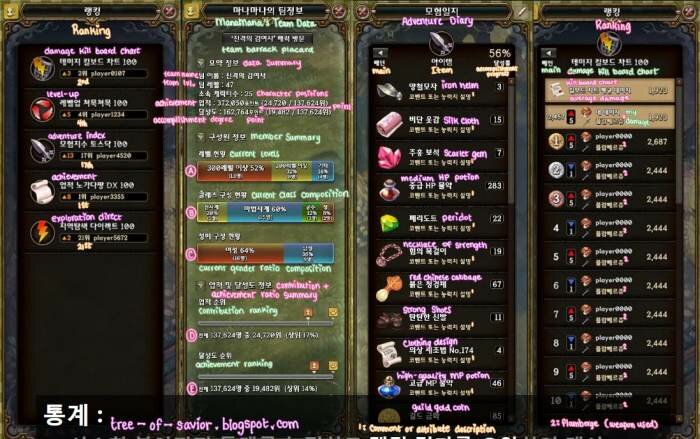 The ranking interface also shows how many male or female characters and shows community feedback rating for the game.