Sevin Kwak Dong-Il (곽동일) is the sound director of Tree of Savior. 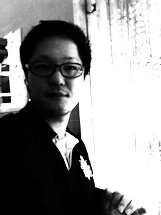 Sevin Kwak Dong-Il started out as a part-timer in a karaoke when he was a university student. He has transcribed more than 100 Korean songs, this experience has brought Sevin and his team to found SoundTeMP1) as a game soundtrack composer in 1993.

In 2000, Sevin was the co-president of SoundTeMP. Following the massive success of Ragnarok Online game, SoundTeMP released their first Ragnarok Online Special Remix!! CD in 2002. Two years later, due to different views on musics Sevin finally resigned from SoundTeMP in 2004 to establish Sound Fashion Advisor (S.F.A).

Before starting S.F.A, Sevin Kwak Dong-Il made connections with Kim_hakkyu on Ragnarok Online BGMs. When Kim Hakkyu started the Granado Espada project, Sevin was invited to participate in Granado Espada soundtracks as well. The aim to S.F.A when creating Granado Espada musics were “create the music you desire”. Granado Espada is the largest accomplishment for Sevin (and S.F.A) to date. It helped the company broke free from the dark past.

At the moment, Sevin Kwak Dong-Il is the Sound Director of Tree of Savior Game. He leads the entire sound team which comprises of S.F.A, SoundTeMP, Esti, Questrosound, Joon Sung Kim and Symphonix. They are working on different music for different atmospheres and to provide a more immersive experience in terms of audio for the players.

Sevin Kwak Dong-Il wanted to create band-style music with grooves and rhythms. He is fond of crossover music styles which can be demonstrated in Ragnarok Online SoundTeMP Special Remix, which is a electronic-pop genre and Granado Espada, which is a euro-trance genre and classics.

For Tree of Savior Game, Sevin is focused on classical crossovers. More information will be revealed at the launch of the game.

Sevin Kwak Dong-Il uses Sonar 7.0, which is a MIDI sequencer. The peoples in the S.F.A team use Protools and Cubase. The S.F.A team also has a live performer. All of the team's producers and Sevin play piano and guitar.